Imagine if we all spoke the same language | The Memrise Blog

There are thought to be between 5,000 and 7,000 languages spoken around the world depending on which linguist you ask. But why? Why is it that I, as an English speaker, would say “Oh no, my hat fell off”, whereas someone in Delhi might say “अरे, मेरी टोपी गिर गई (are, meri topi gir gaee)” and someone else in Beijing might say “哎哟，我的帽子掉了(āiyo, wǒde màozi diàole)”? 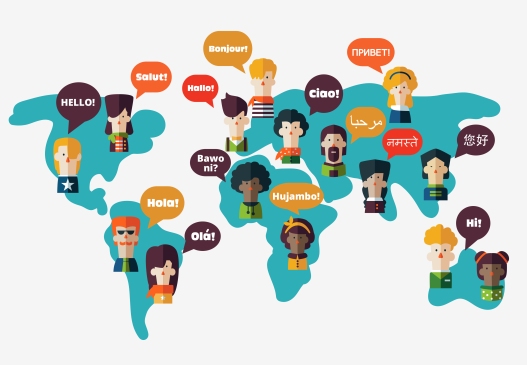 The psychology of languages

Throughout the majority of human history, people lived nomadic lives roaming the world in tribe-like groups living off what food they could find around them. Living like this allowed for humans to share the work load by hunting, gathering and cooking together and to look out for and protect each other. So human psychology developed in a way that we all feel a strong desire to belong to such a group.

For this very same reason, it was also important to distinguish ourselves from other tribes who might attack us or steal our food. I mean, nobody wants to come back to their cave after a hard day’s foraging only to discover that some other tribe has been along and stolen your favourite mammoth-skin jacket and that juicy sabertooth steak that you had salted up and were saving for a special occasion. Am I right? 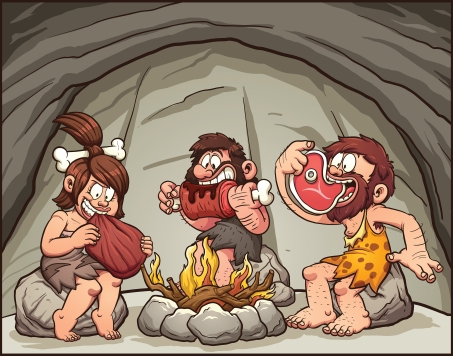 This is also true of language; people want to feel a connection with those people in their ‘tribe’ – ‘tribe’ here meaning any group that you belong to, whether that be people in the same town or country as you, people the same age as you, people who have the same interests as you, the same gender, political views, etc. Language is one of the most integral parts of a person’s identity.

For this reason, I believe it is incredibly natural that we all speak different languages and that learning to speak someone else’s language is one of the best ways to connect with them on a much deeper and more personal level.

Free thought or a lack of it

In George Orwell’s dystopian novel, 1984, the ruling government tries to limit the freedom of thought of the people by controlling everything in their lives even down to how they speak. ‘Newspeak’ was a language controlled by a group of people who worked to constantly reduce the number of words and expressions used and, in doing so, limit the amount of non-conformist thoughts.

As a full-time language nerd, I might be a little biased in imagining a world where everybody spoke in the same way all over the world as a dystopian society void of creativity, personality and free thought. But it’s not just creativity and freedom of expression that we would lose if we all spoke one language.

Many people who have learnt a new language will tell you that they gain a new personality and outlook on life with each new language that they speak. These diverse ways of thinking, behaving and perceiving the world allow people to tackle problems from different angles and think of new and innovative solutions. This is what drives economic and social progress around the world, and what has made humans the dominant species on the planet.

Sure, you might argue that it would be cheaper and more efficient if the world all spoke one language, but that isn’t the way humans behave, just like how it would be more or less unthinkable for all countries to merge into one ‘United Earth Nation’. And it certainly wouldn’t be as much fun. I mean, how would we be able to laugh when someone tells us that the German word for a ‘glove’ is literally ‘hand-shoe’ (Handschuh), and that the French word for ‘candy floss/cotton candy’ is ‘daddy’s beard’ (barbe à papa)?!

Rob is Memrise‘s English Language Specialist, teaming up with the other language specialists to create language courses that will help you explore the world by unlocking your language superpowers. He also works with Memrise‘s Marketing Team to make fun videos and blog posts to inspire all the language learners out there.

In his spare time, he can usually be found learning languages – currently Hindi & Greek – and exploring the wonders that the London theatre and comedy scenes have in store.